Guernsey cows are a breed tied to the Channel Islands between England and continental Europe. The breed was brought to the United States in the 19th century and hotels and restaurants would advertise that they served milk from Guernseys. But Guernseys are smaller and produce less milk than a Holstein. The larger animal became the standard producer for the dairy industry.

Adrian Bota speak about original milk in the video of Cantonrep.com 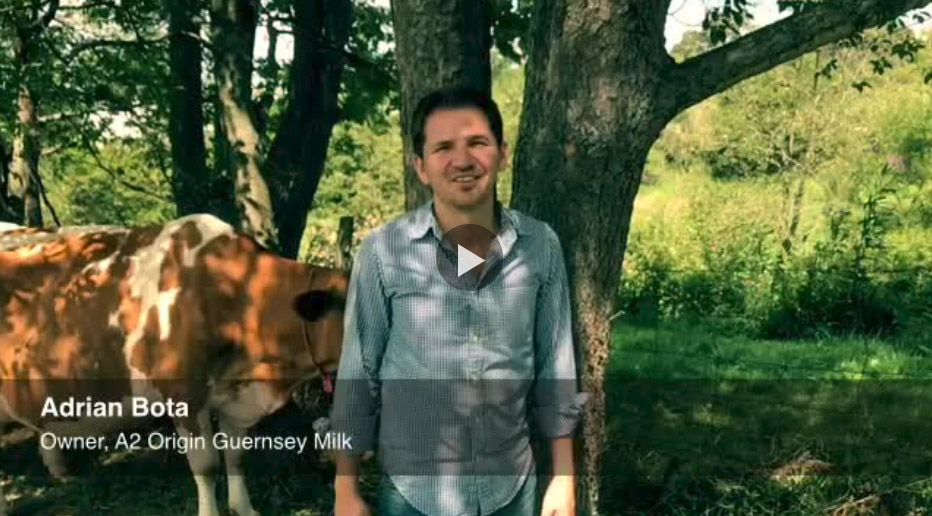